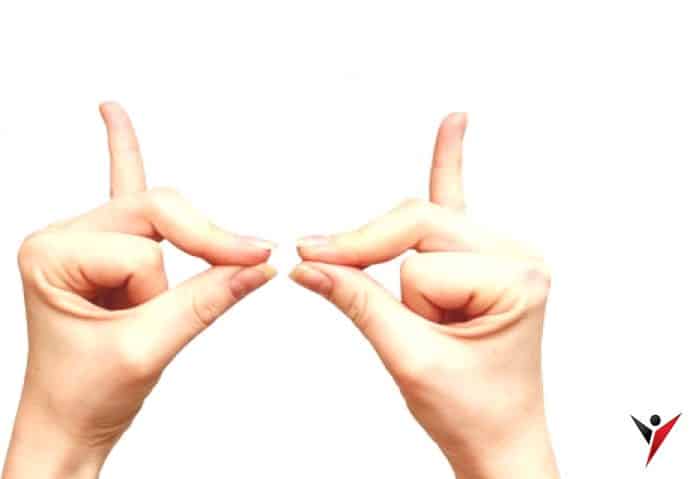 Amroli is also a kriya of Hatha Yoga and not really a mudra but comes under the classification of mudras according to some texts.

In Amroli, one performs Jal Neti with his own urine. One also drinks his own urine through the nose. To do this one must discard the first and the last flow of urine as this contains impurities.

ACCORDING TO THE LEARNING TRADITION this is considered a very easy kriya to do.
The followers of the Vaishnav Tradition look on the practice of Amroli with disgust and this practice has almost been forgotten. Yet, if someone would want to take advantages of this kriya, it can be easily practiced through the right yogic means. 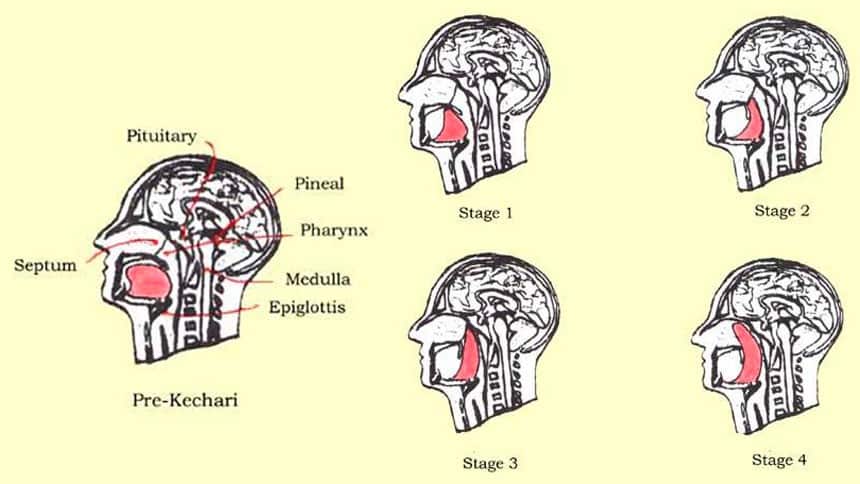 ‘Kha’ meaning ‘sky’. If one practices the Khechari Mudra one gets the ability to inhale in the sky. This mudra is very difficult and takes a long time of practice. This mudra should be practiced under the guidance of a guru.

Technique: The tongue👅 needs to be rolled up to the back of the mouth, this produces a nectar which is slowly taken in as in the form of Amrit. For this mudra the tongue needs to be long. TO INCREASE THE LENGTH, the tongue is held and pulled backwards, forward, and to the sides.

This lengthens the tongue a little. The second practice is to cut the tongue very slightly, just at the base of the tongue where it is connected to a nerve. My request to the practitioners is to refrain from doing so. I, myself have seen all those who had tried to cut the nerve to lengthen the tongue and achieved nothing as a result except losing the ability to speak properly, the result of which was heavy lisping. 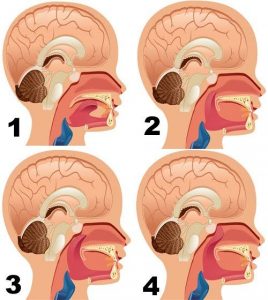 And that is why THE POWER OF SPEECH and voice are destroyed. And so I urge my fellow practitioners not to take this step. One can also gain the lengthening of the tongue by stretching it – the tongue is pulled back and one tries to reach behind the passage to the nostrils with the back of the tongue.

Benefits:With the practice of this mudra, the inner part of the skull is protected – Brahmataal, also known as the moon centre from where the flow of nectar or Amrit is secreted. Normally this nectar ‘burns away’ in the fire center but here it is stopped and at the time gets absorbed by the saadhak. The fruits of which are that the practitioner gains mastery over death.

This is a ‘SHORT CUT ROUTE’ to win mastery over death. Needless to say, one should never attempt this practice just by reading it from a book but by living with a guru and practicing under his careful guidance and supervision, otherwise it can possibly be very harmful.

SHAKTI CHALNI MUDRA is the kriya practiced after Mulabandh, one can also call this the last part of the Mulabandh, meaning one starts with the Ashwini Mudra, followed by Mulbandh, and after this, one practices the Shakti Chaalni Mudra.
Shakti means energy or Kundalini, and the practice of Shakti Chaalni is the awakening of the Kundalini.

With regular practice of this kriya, shakti meaning Kundalini gets awakened and spirals (chalni) upwards.

And that is why this kriya is known as Shakti Chalan✍

At the time of practice one should keep one’s attention fixed on the Muladhar Chakra. Apart from this, there are many other advantages by performing the Shakti Chalan Mudra. 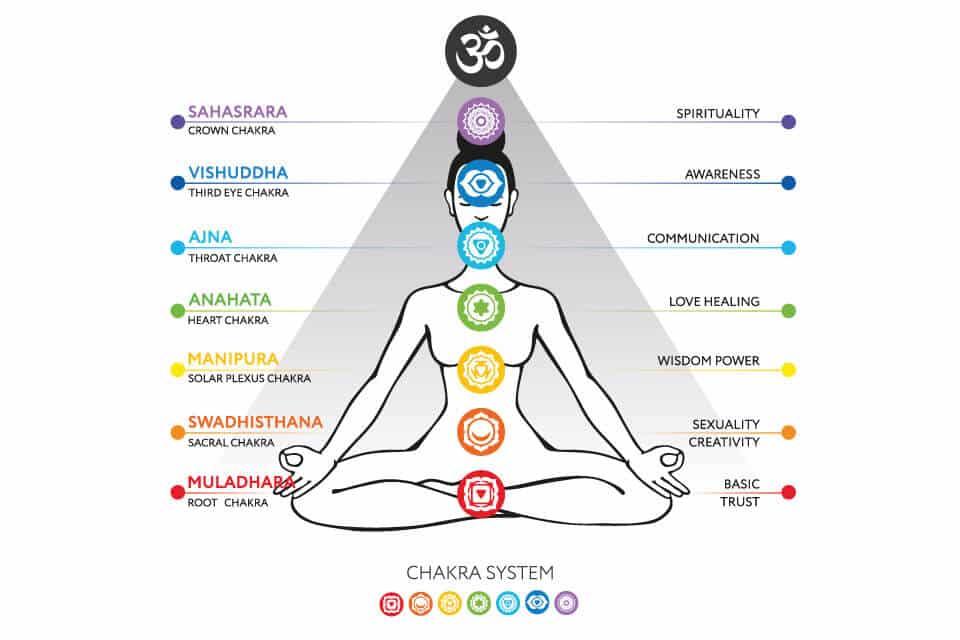 With the Kundalini Shakti awakened, it paves the way for the opening of all the energy centers of:

All these chakras are centres of shakti. The first five energy centres or chakras are related to the five elements, and once awakened the disciple is no longer under the influence of these elements. 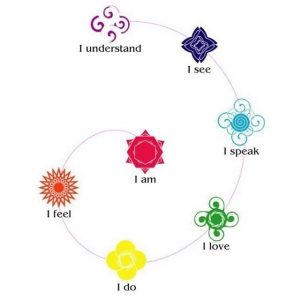 All these energies are activated with the intense lifting of the Shakti Chalan and the yogi gains not only the siddhis of the these chakras, but also when all the powers get energetically evolved and controlled, then the kundalini power is increasingly derived from regeneration and the yogi (practitioner) attains the best utmost element of lord Shiva. 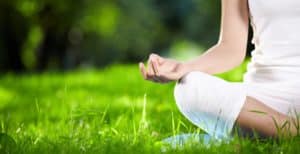 After some time BREATHE OUT COMPLETELY and bring your head back to the center. Inhale deeply while raising your head up, exhaling completely bring your chin down to the chest. This completes one round. In this same way one can easily perform eight such rounds.

⭕All mental ailments are all cured

THIS KRIYA IS performed in padmasan, vajrasan and also can be done standing. 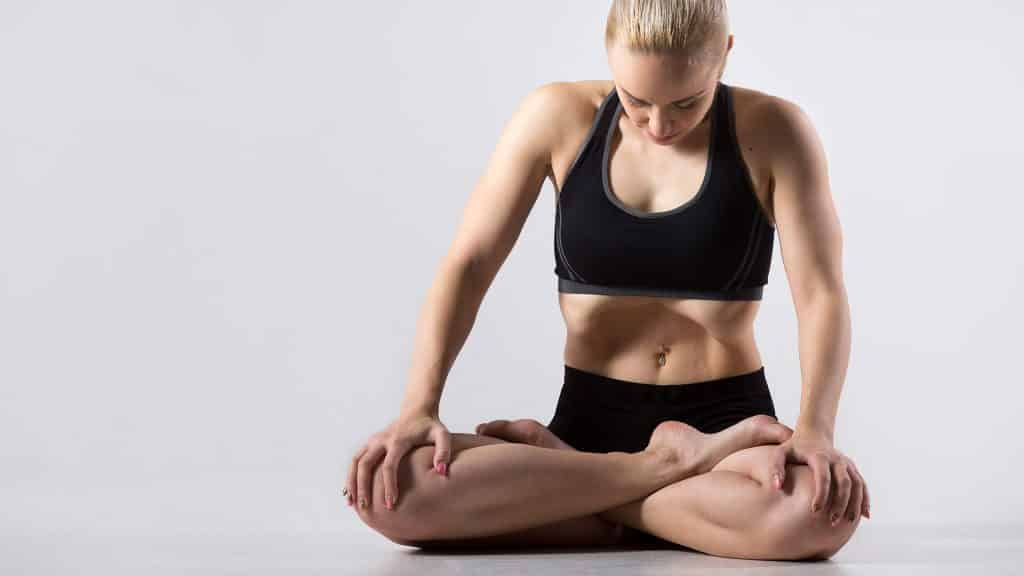 Benefits: Just as the nature of fire is to burn, in the same way the practice of this kriya burns away the extra fat in your body and the power of digestion increases tremendously, removes constipation and any diseases connected to the stomach are removed, this also makes the path easier for the RISING OF THE KUNDALINI.

…and they are a thousand times stronger and more effective than asanas and pranayam. Although the mudras look easy and simple due to their subtleness, but not only are they easy to perform but their effect is also immediately felt.

The Present is a Place of Traction, Not Distraction 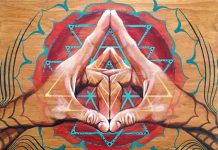 YogaFX The Power of Yoga

YogaFX The Power of Yoga

YogaFX Teacher Ritesh Patel has mastered practicing yoga over the past...

YogaFX Kartika Alexandra is a practicing hypnotherapist who has been practicing...

YogaFX Power Of The Mudras And Everything That You Wished You...

YogaFX Power Of The Mudras And Everything That You Wished You...