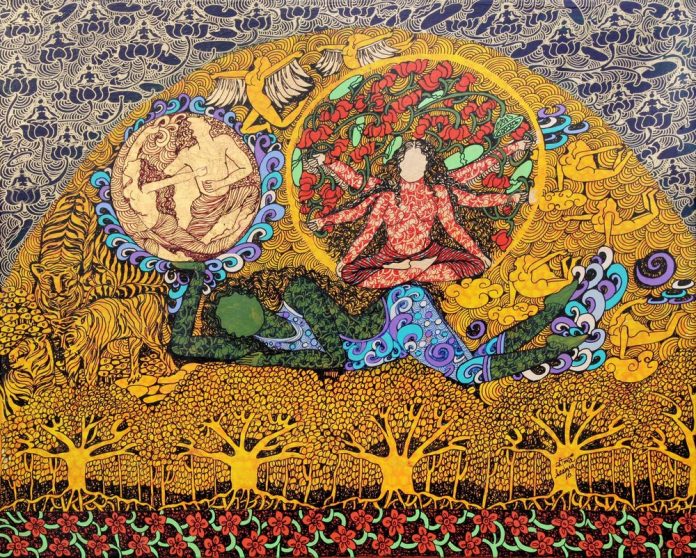 From many different spiritual and philosophical teachings, yoga occupies a very important place amongst them.

YOGA IS AN AGE-OLD TRUTH and an ESTABLISHED PATH that all of the different teachings and wisdom of India lead to one high targeted goal: freedom from all kinds of suffering.

Yoga comes from the Sanskrit origin of ‘Yuj’:

‘Samadhau Dhauta’ means controlling the root equanimity of the intellect. Sanyaman/controlling can be of the body, the senses, the mind, and can also be of the breath. That is why asanas are also known as yoga because it involves control, which brings stillness to the body.

Pranayama can also be call yoga because one uses the art and study of breathing to deepen the inflow and outflow of breath, controlling the breath and pranic flow, THE LIFE-GIVING ENERGY. 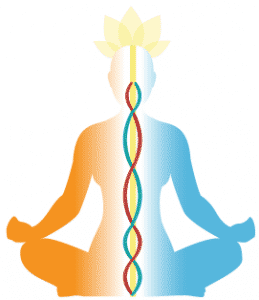 Pratyahara or withdrawal of the senses is also known as yoga because one learns to control the senses, freeing them from the holds of the sensory world, and thus controlling the mind. By freeing the mind from the turbulent thoughts and mind jumping, the practitioner uses these same senses to turn the mind towards the inner wisdom of the soul.?

…are also known as yoga because the mind comes into control, the mind becomes steady, and the consciousness becomes free.

In the Bhagavad Gita, while explaining the role of yoga, Shri Krishna says to Arjuna, “Yoga: Karmasu Kaushalam”, meaning: Doing your duties skilfully is the other meaning of yoga; because with the practice of yoga one can achieve the skillfulness required to perform one’s duties correctly and sincerely, with the complete detachment of results, thereby creating the mind of a Yogi – freedom from the attachment of results.

THE FIRST FOUNDERS OF YOGA

Through his teachings of the Yoga Sutras, Patanjali is the Teacher who shows the path of yoga utilizing two states of yoga:

However, he is not the original ancient teacher of yoga. According to Yogi Yagyavalkya, it is Hiranyagarbha who is considering and accept as the first founder of Yoga.

The question is who was Hiranyagarbha? Where and when did he originate? This topic has been discussed in the Vedic texts, Upanishads, Mahabharata, and other ancient texts, and they have all come to the same conclusion that the first facilitator or promoter of yoga is Hiranyagarbha Maharishi Kapil.

“Kapiloyagraj in Puranvachnaat Kapilo Hiranyagarbho VA Vyapdishyate”(Shweta Upanishad, Shankarbhashya) The Great Lord Shankaracharya and Vaachaspati Mishra give verification of the fact that it is indeed Hiranyagarbha or Kapil, who is the same, who was the first to present the teachings of the Sankhya Yoga.

They are not two different paths.

THE PATHS OF YOGA

The two main paths of Yoga Sadhana are – Abhyaas and Vairagya.

To consistently with continuity remain on the positive path or direction is Abhyaas; to still the mind or consciousness, to still the thoughts, intellect, and feelings, etc, while keeping the mind free from distractions and continuing with the discipline of yoga is Abhyaas.

To keep rejecting the negative path or points is Vairagya, of which there are two kinds:

To let go of all needs, to let go of attachment, to come into a desireless state is Apara Vairagya. The state of Apara Vairagya is what allows one to become a Siddha (the perfect being) in Sampragyaat Samadhi.

This is the HIGHEST AND PUREST FORM of detachment. To be away from mental matters, far from afflictions of the mind is Para Vairagya; this state allows one to become Siddha in Samadhi.

To attain Samadhi, of the five states of the mind (ignorance, dullness, agitation, fix, and annihilate), only the fix and annihilate states are considering as useful. Ignorance and dullness create a state of fluctuation in the mind, making one caught up in external subjects.

And so these states are useless for Samadhi

In the agitated state, the mind or consciousness gets close to the inner mind and becomes fixed. Then gets continuously approach its agitations; and is, therefore, an obstacle to become established in Samadhi, and for this reason, is useless.

With the strength of Abhyaas and Vairagya, one can DRAW THE MIND inwards from any kind of external thoughts, and allow the mind or consciousness to enter the state of Sampragyaat Samadhi. In Sampragyaat Samadhi, the Rajasic and Tamasic modes of behavior of Citta are destroyed, allowing just the illuminated Sattvic mind to shine forth.

Ignorance, instability, anger, hatred, and destruction, the five afflictions, are destroyed, allowing one to become free from the bonds of karma. ?

Sampragyaat Samadhi or Sampragyaat Yoga is split into four parts. It is said in the Yoga Sutras:

When the mind remains in self-analysis, insight, bliss, and consciousness of the pure self, then one is experiencing the state of Sampragyaat Samadhi, which comes through Apar Vairagya.

When the Saadhak (practitioner, student) continues his sadhana, his citta moves from one level to BEYOND THE FIVE OBSTRUCTED LEVELS. His consciousness comes into a seedless form – mindless.

The state where there is no beginning and no end.

This state is Asampragyaat Samadhi, also popular as the seedless or obstruction less Samadhi (nirbheej evam nirodha). In this state, the Saadhak restrain between merits (gunh) and demerits (vrittiyon) and becomes true pure form i.e. ‘Tadaa Drishtu Swarupesvasthanam; meaning in the language of yoga, ‘then the seer dwells in his own splendor:

we can shine forth in our own true pure light.